About us and the backpack rain cover

Hi, I’m Neil, I started Carribrite out of a desire to get cyclists seen on the roads. I’ve used many cycling safety products, such as backpack rain covers, high viz jackets and bike lights, but always wanted to create a single product that incorporated LEDs, was lightweight, highly visible and didn’t cost the earth.

After talking to cyclists, I found the main problem was that they felt they were being ignored by drivers – this was something I could relate to.

I got to work and came up with a backpack rain cover that had its own integrated lights. The first design was a very shrewd bag cover that I’d put together using a cut up hi vis workman jacket and had soldered and glued LED lights on either side of the back. The prototype wasn’t perfect, but as soon as I went on the road at night, I immediately felt safer – cars were actually giving me a wide berth and I could see drivers looking inquisitively to see what it was I was wearing.

I began working through different iterations of the design until it was near perfect, contacted a manufacturer and began producing them on a larger scale.

The feedback I’ve received from our customers have exceeded my expectations, I’ve had messages from a number of London cyclists who feel much safer on the roads as drivers are so much more aware of their presence.

Next I plan to extend the range of products and produce more high visibility gear for road users, so be sure to sign up to our newsletter to stay updated. 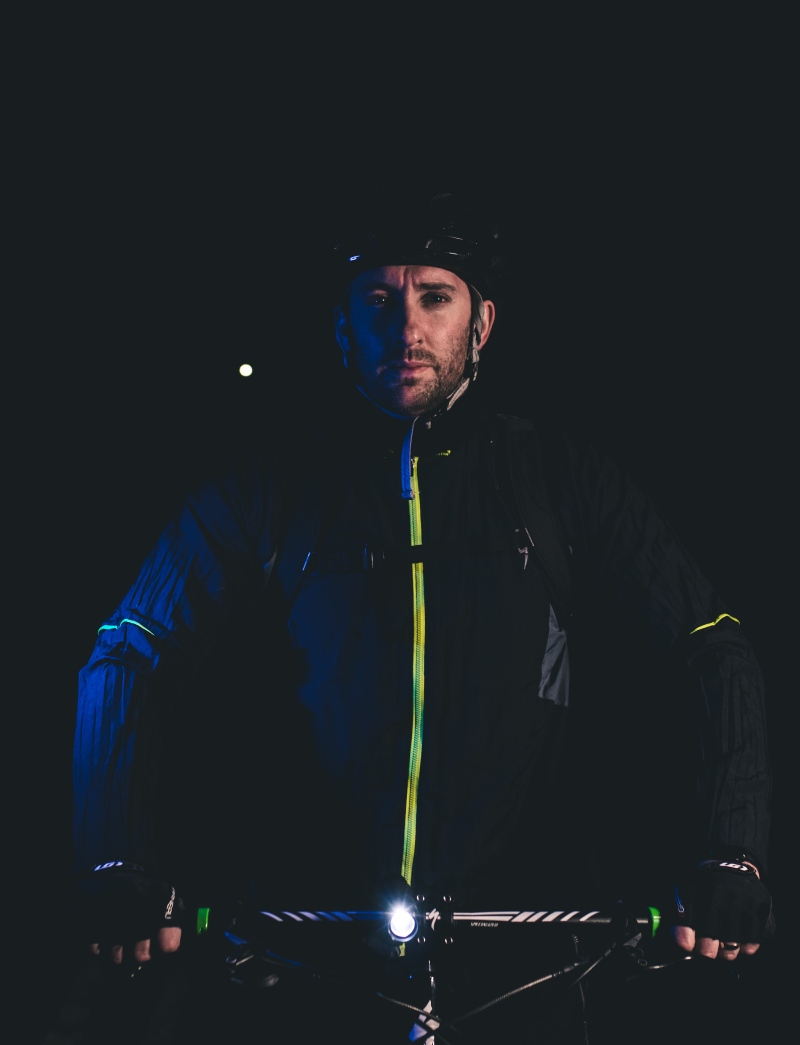